What is Sexual Harassment?

It is unlawful to harass a person because of that person’s sex. Harassment can include “sexual harassment” or unwelcome sexual advances, requests for sexual favors, and other verbal or physical harassment of a sexual nature. It is helpful for the victim to inform the harasser directly that the conduct is unwelcome and must stop.

Harassment does not have to be of a sexual nature, however, and can include offensive remarks about a person’s sex. For example, it is illegal to harass a woman by making offensive comments about women in general. Although the law doesn’t prohibit simple teasing, offhand comments, or isolated incidents that are not very serious, harassment is illegal when it is so frequent or severe that it creates a hostile or offensive work environment or when it results in an adverse employment decision (such as the victim being fired or demoted).

Unwelcome sexual advances, requests for sexual favors, and other verbal or physical conduct of a sexual nature constitute sexual harassment when this conduct explicitly or implicitly affects an individual’s employment, unreasonably interferes with an individual’s work/volunteer performance, or creates an intimidating, hostile, or offensive work environment.

Sexual harassment can occur in a variety of circumstances, including but not limited to the following:

How to Report Sexual Harassment

A verbal and written report of the incident should be reported to the appropriate staff person as determined by each diocesan or parish entity. Unless otherwise determined, the appropriate staff person for Catholic schools is the principal; for parishes, the pastor; and for diocesan entities, the supervisor of the pastoral office where the alleged victim is employed.

From the Office of the Bishop

Publication of Names Priests Found to have Sexually Abused Minors 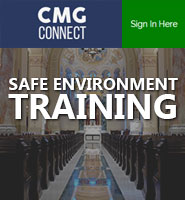