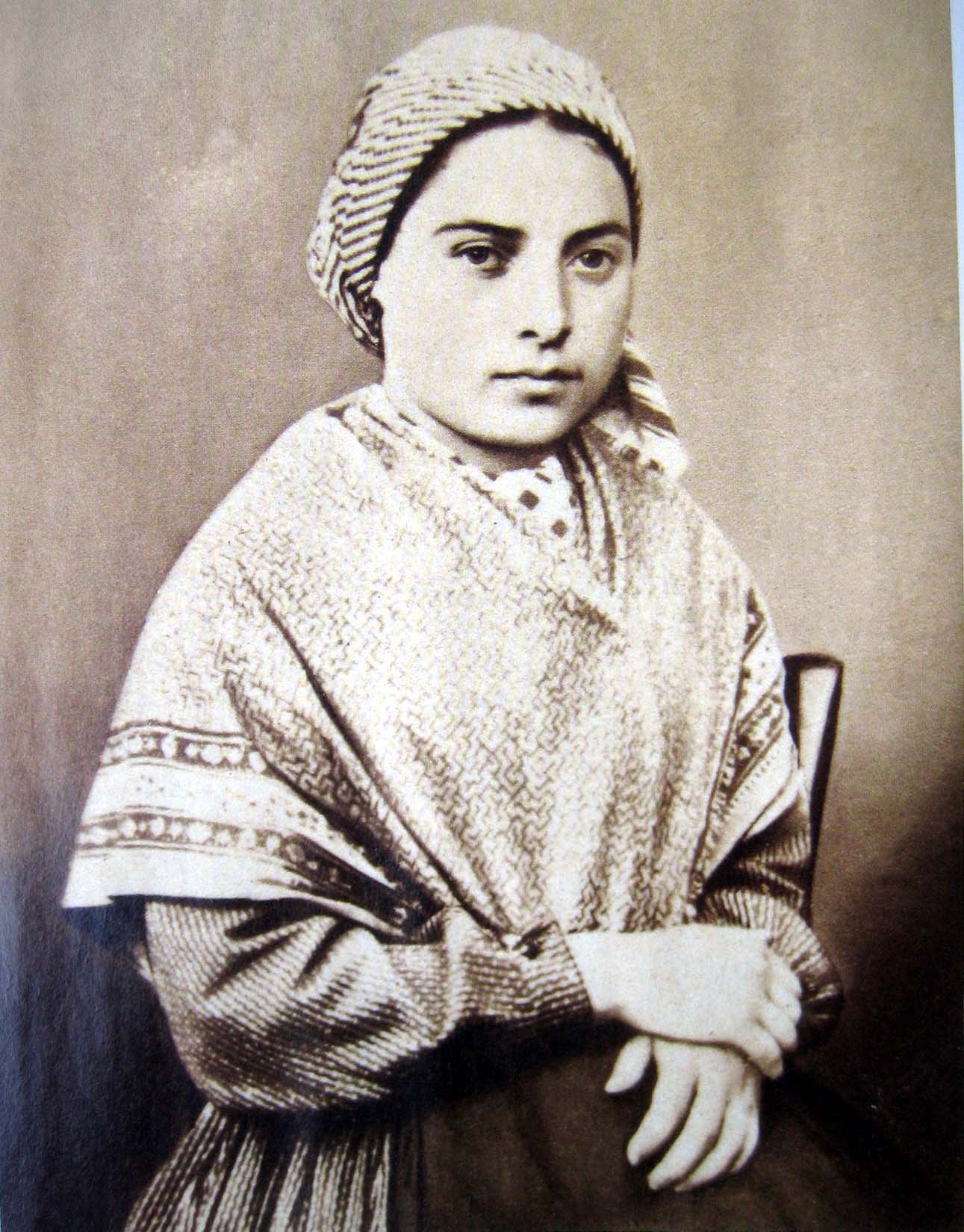 Our world seems to thirst for these things. In many ways, we seek them out, even setting aside good things we already have in our lives in pursuit of these ego boosters. Many of us find that once we get there, fame, attention and popularity don’t make our lives better. Instead they cloud our judgement and pull us away from our true selves and from God.

While she was still a young girl, St. Bernadette of Lourdes could have been swept from obscurity into the fame and attention that was pressed upon her. Instead she put all the attention on the visions she had of Holy Mother Mary and shared her important message with the world—the need for prayer and penance.

Then she hid herself from the crush of attention to preserve her thirst for God alone.

Bernadette Soubirous was born January 7, 1844, in Lourdes, France. She was the oldest of nine children, most of whom died at young ages. The family was extremely poor. Her father, Francois, was a miller and her mother, Louise, was a laundress.

While still a small child, Bernadette contracted cholera and struggled with very bad asthma which continued the rest of her life. Constant illness may have been the reason for her small size as she stood only 4 feet 7 inches tall. But don’t let her small stature fool you. The world would learn soon enough she was a spiritual powerhouse.

Bernadette had a hard time in school because she was sick so often. She could read and write only a little and spoke Occitan, the language of the local people, rather than French. Her lack of education meant she was often excluded by others which bothered her. Mother Vauzou at the school in Nevers that Bernadette attended noticed her pride and described her as having “a closed character” and being “very touchy.”

But even at that young age, Bernadette noticed her own faults and fought to correct them. Her strong, unsophisticated personality would be a significant help in dealing with what was about to happen in her life.

The woman at the grotto

By the time Bernadette was 14, her family was in such dire circumstances they were living in a one-room basement once used as a jail. On February 11, 1858, she went out to gather firewood with one of her sisters and a friend near the grotto of Massabielle. While there, an extraordinary thing happened to Bernadette.

As she walked a little behind the other girls, they crossed a stream in front of the grotto. Bernadette was choosing her steps carefully to avoid getting her stockings wet. She sat down by herself to remove her shoes and stockings to make the crossing as the other girls walked ahead.

She suddenly heard a rushing wind but saw nothing moving except a wild rose in a niche of the grotto. A dazzling light and white figure emerged from the alcove behind the niche. Bernadette later referred to the vision as “a small young lady.” Her sister and friend saw nothing.

Almost the entire time the visions (18 in total) occurred, Bernadette never identified the apparition as the Virgin Mary. The description she gave was much like that of statues of Mary in churches in the area: a woman wearing a white veil, a blue girdle and with a yellow rose on each foot. It wasn’t until the sixteenth vision that the white-veiled woman identified herself as the Virgin Mary, saying “I am the Immaculate Conception.”

During her vision on February 25, Bernadette claimed the apparition told her “to drink of the water of the spring, to wash in it and to eat the herb that grew there.” These things were to be done as an act of penance. Bernadette did as the woman asked her, and the next day the water of the grotto that was once muddy was now flowing, clear water. It would later become the place at Lourdes where millions of pilgrims pray and drink from the miraculous water to obtain healing.

What else did Mary ask for during Bernadette’s visions? She asked for a small chapel to be built for her on the site and a procession to be formed. Mary focused her message to Bernadette on the need for prayer and penance.

Fame is no match for a future saint

The story of Bernadette’s visions of Mary traveled quickly. The Church investigated the visions and confirmed their authenticity in 1862. Many pilgrims traveling from around the world found healing and peace at Lourdes, and 69 cures have been verified by the Lourdes Medical Bureau.

During the Church’s investigation, Bernadette’s story never changed. She told her story with confidence and even detachment, telling one investigator, “I’m charged with telling you, not with making you believe.” She never wanted to make a mistake in the retelling of her visions.

At this point her fame began to grow. Bernadette was bombarded by journalists, admirers, and even people trying to bribe her. She appeared multiple times in front of civil and religious commissions to tell her story. She held firm in her recounting of the visions, never accepted payment for anything offered, and refused to bless items (such as rosaries) handed to her by others. The attention never changed her.

Can you picture this in today’s world? Attention like that can often make people care about worldly things and feed a desire for fame. Our minds easily become engrossed in how many likes we got on Facebook, how long the interview was on the news, or how many people have texted us about our new fame. It’s a rabbit hole that’s hard to climb back out of.

Bernadette held fast to her faith. Rather than let the attention pull her away from her Lord, she went to Nevers, France, and joined the Sisters of Charity on July 29, 1866. She was given the religious name of Marie-Bernarde and her patron saint was St. Bernard. This time in her life was a turning point where she hid herself away from the outside world so the attention from the visions would stay with Mother Mary.

At the monastery, she worked at the infirmary and as a sacristan. Those who served with her noticed her humility and spirit of sacrifice, and she still wanted no attention on herself. When someone once asked her about the visions, she told them, “The Virgin used me as a broom to remove the dust. When the work is done, the broom is put behind the door again.”

The illnesses of her childhood would catch up with Bernadette at the monastery. She contracted tuberculosis and eventually died from it on April 16, 1879. She was only 35. She was canonized by Pope Pius XI on December 8, 1933.

St. Bernadette is the patron saint of bodily illness, Lourdes, against poverty, shepherds and shepherdesses, and people ridiculed for their faith. 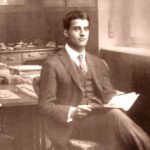 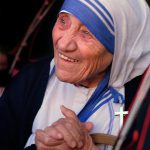