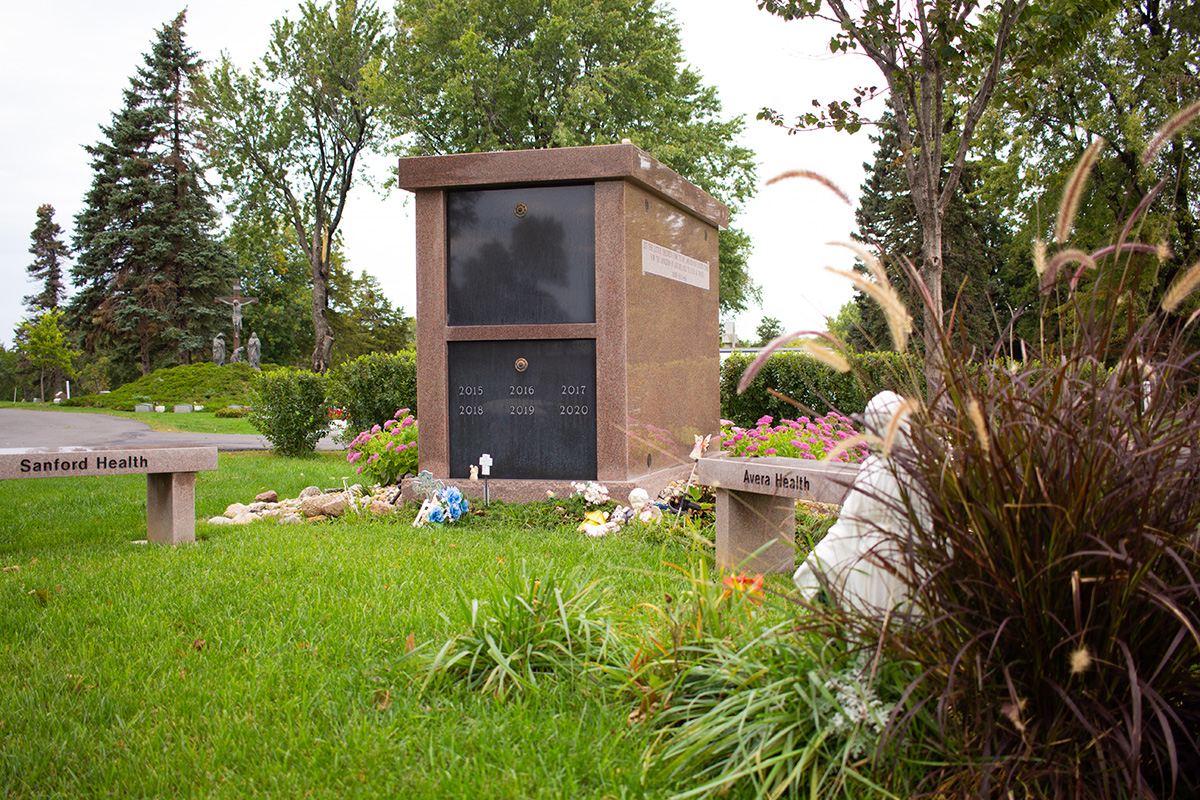 Babies are a precious gift from God to their families, but not all parents experience the joy of bringing their new little one home. Miscarriages, stillbirths and the loss of a newborn can leave parents and families stunned and unsure of the proper way to honor their child in death. In our diocese, there is help for parents looking for a way to honor and care for the child they’ve lost. One option is through the Angel Lee Cronin Memorial Fund.

Deacon Bill Radio carries out the ministry of honoring these children through this fund, thanks to the original efforts of now-retired Deacon Harold Pardew and a mother who lost a child. She asked Deacon Pardew to help her set up a fund to help others who might be in the same situation.

Several companies have partnered with the fund to help couples grieving the loss of a child who may not have the resources to provide a proper burial. Miller Funeral Home helps with arrangements, a casket is provided, a plot is provided at St. Michael Cemetery and a marker from Gibson Monument. Funds can also be used by families outside of the Sioux Falls area.

The Angel Lee Cronin Memorial Fund is made possible through contributions made by many people who have felt moved to help, and the funds are available to any couple who loses a baby before or during birth or even shortly after birth.

A spin-off of this ministry has grown from a desire to care for any child’s remains. Deacon Radio said many times young mothers are mired in the grief of the moment and haven’t had a chance to think about how to care for their child. Sometimes the child is instead disposed of as medical waste. He said often little guidance or education is offered to give options for proper burial.

To meet this problem with love and dignity, a columbarium (a building with niches where remains are interred) was built at St. Michael Cemetery with funds contributed by both Sanford and Avera hospitals. The space is not limited to Catholics; all babies who have died can be buried there.

“Sadly, for so many years, all these babies were just considered medical waste and just disposed of with all kinds of other medical waste,” Deacon Radio said. “Our goal is to minimize that and to eliminate it whenever we’re able to.”

Deacon Radio has been doing this most of his six years of ministry as a deacon. There are hundreds of babies in the columbarium now.

“Every month or two, we gather at St. Michael Cemetery to do a committal service for all the babies that have died and been saved for this proper burial,” he said. “In a typical month when we do this committal service, we’ll have anywhere from 30 to 50 babies each time we bury. Parents are free to come for that closure and to participate in that burial, and it’s been just an incredibly emotional and touching ministry that I feel so privileged to just be a part of.”

When Deacon Radio was first asked to get involved in this ministry, he said he immediately remembered the babies his mother had lost over the years, one of which was born alive but died within a couple hours. He later more fully understood how much that impacted her when they were having an anniversary party for his parents. During a game, guests were asked the question, “If you could talk to any one person in the world that ever lived, other than Jesus, who would it be?”

“When we got to my mother, she said ‘I would like to talk to little Mary,’ which was the baby that she lost a couple hours after birth,” Deacon Radio said. “And it occurred to me that she’s been married 60 years, and she has never stopped grieving, she’s never forgotten this child, and how it’s like that for so many women as they grow older and they remember those days. And I just felt like I just could not say no to this ministry.”

This ministry has affected Deacon Radio and many families deeply over the years, at a time when comfort and guidance from others were key to healing.

“The emotions that are poured out of parents who come to the committal are really affirming for me that we are doing something to help them through this time,” Deacon Radio said.

If you’d like to contribute to this ministry or need to use the services offered, call the Cathedral of Saint Joseph Parish office (605-336-7390) and ask for Deacon Radio.