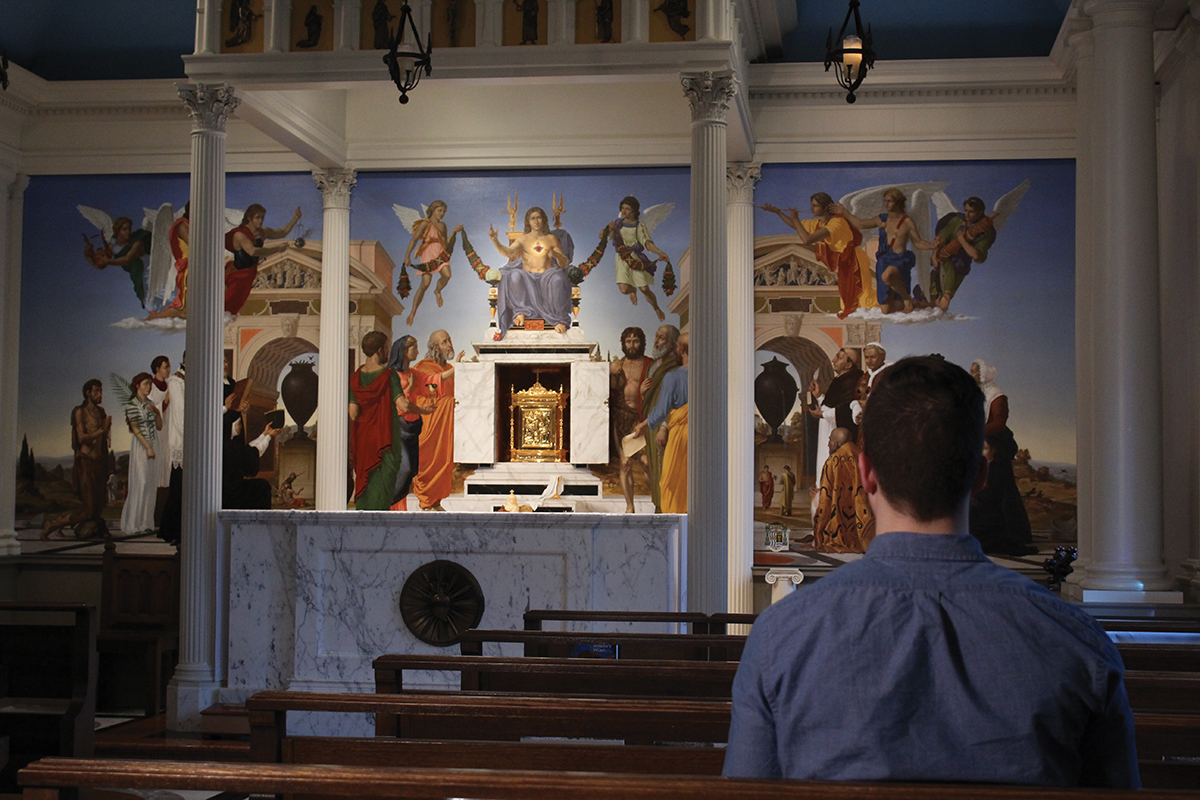 Total abandonment to God seems like an odd phrase, a difficult concept to grasp.

Whether we’re cradle Catholics or brand new Catholics, attending Sunday Mass, praying the rosary, and being able to name the seven sacraments may not be enough to help us form a deep relationship with Jesus. A loose routine of prayer isn’t always enough to sustain us through the storms of life. God is calling us to a deeper relationship with Him.

Going deeper in the faith

Two seniors at O’Gorman High School, Allison Kassing and Elaina Lubeck, lived at a surface level of their faith. They were both born and raised Catholic, and both teens said their parents never forced the Catholic faith on them. The faith was modeled through habit and nurtured by respecting their freedom and offering options to grow their faith through retreats.

Lubeck has attended a few retreats at Broom Tree Retreat Center in Irene (the first in the summer of 2015). Recently, they both attended a Going Deeper retreat put on by the Diocese of Sioux Falls, and the experience had a profound impact on their faith lives.

“I enjoyed the community at the [Going Deeper] retreat. It was the first time I experienced eucharistic adoration and felt a deeper sense with the sacrament of confession,” Lubeck said.

Kassing expressed joy and gratitude at the chance to attend retreats. Growing up she attended weekly Mass and learned the traditional Catholic prayers, but she never felt a personal connection to God until her sophomore year when she attended a small, 30-person retreat at O’Gorman.

“It was the first time I experienced the Holy Spirit in a tangible way,” Kassing said.

Growing our relationship with the Lord is not just an individual pursuit. God pursues us individually but saves us as a community. Giving yourself totally to God involves a strong private prayer life but also loving your neighbors.

According to 1 Timothy 2:4: God “desires all men to be saved and to come to the knowledge of the truth.”

The Church’s mission is to bring others to Christ. As a person grows closer to Jesus and welcomes the Holy Spirit more into their heart, they become a magnet attracting others toward truth. They become missionary disciples for the Lord.

That missionary discipleship that develops from a closer relationship with God has transformational power. Just as Simon was transformed into Peter and Saul into Paul, the two O’Gorman seniors experienced a transformation, too. For Lubeck the change wasn’t as drastic as Saint Paul’s.

“The change was gradual. After a couple years, I noticed a change in my family. We grew closer,” she said.

Kassing remembered the change being incremental as well. “I feel the change was subtle at first. It began when I incorporated small prayers daily into my life. I started to see how God was working in other people. I saw God’s mercy in other people’s lives. And I saw his mercy for me.”

She reached out to an old friend soon after her retreat experience, someone she had been out of touch with for a while. Kassing compared it to how God reaches out to us.

God may have been a familiar part of your life, but as time goes on, relationships can drift apart slowly. The good news is God is good and loving. He welcomes you with open arms. One of the best portrayals of this is the forgiving father in the parable of the prodigal son. Saint Luke tells us, “While he was still a long way off, his father caught sight of him, and was filled with compassion. He ran to his son, embraced him and kissed him.” (Luke 15:20)

The prodigal son totally abandoned himself to the mercy of his father. Jesus’ parable symbolizes God’s love for us. Saints are sinners who never forgot the love of the Father. When we strive for holiness, stumbling is going to be part of the journey. Even the greatest saints fell. Peter denied Christ three times. The key is getting up, asking for forgiveness, and then opening yourself up to the movement of the Holy Spirit.

Fruits of the Spirit

A good litmus test of whether you are inviting the Holy Spirit into your life are the twelve fruits of the Spirit: charity, joy, peace, patience, kindness, goodness, generosity, gentleness, faithfulness, modesty, self-control and chastity. Both Kassing and Lubeck display many of these fruits. They both expressed joy in their voices and words as they talked about their retreat experiences.

Lubeck expressed gratitude at how the retreat actively prepared her for life in a practical sense. “God allowed me to see opportunity (in the struggle),” she said. “I saw our faith was lacking. I discovered God where I didn’t feel him right away.”

The ability to find God in our suffering is a combination of several fruits of the Holy Spirit—patience, joy, faithfulness and self-control to name a few.

Kassing noticed a change in her relationships. Her family grew closer together after the retreat experience.

“My strongest friendships are those tied to the faith,” she said.

Meeting God in the silence

When asked what specific aspect of the Going Deeper retreat they found enriching both teens mentioned the silent prayer time as rewarding. 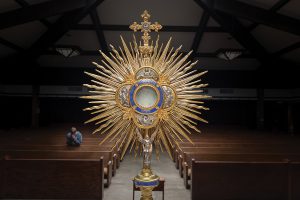 Cardinal Robert Sarah in his book, “The Power of Silence,” wrote, “Silence is not an absence. On the contrary, it is the manifestation of a presence, the most intense of all presences. In modern society, silence has come into disrepute; this is the symptom of a serious, worrisome illness. The real questions of life are posed in silence. Our blood flows through our veins without making any noise, and we can hear our heartbeats only in silence.”

Kassing, Lubeck, and the other Going Deeper retreat participants enjoyed the presence of God in silence. Provided with notebooks for reflection, they read the sacred Scriptures and meditated on biblical stories. There were short sessions where the silence was broken, but it was in discussion with one-on-one meetings with a spiritual mentor. Kassing found this time was quite beneficial.

“I felt they did a great job in giving us the tools to help us pray and practice reading Scripture,” she remembers.

Message for the youth today

Our world promotes loudness and chaos. Go. Go. Go. That’s the mantra. But God wanted humanity to work and rest. He created the world in six days—and rested on the seventh. The human heart, mind and soul need a break sometimes. Rest, especially rest that includes prayer, helps us recharge at the physical level, and it also replenishes us spiritually.

Kassing and Lubeck want other young people to know an important thing they learned at the Going Deeper retreat. You are loved. God loves you individually. Lubeck described this love in this way: “The God of the universe created you and wants to know you. You don’t have to earn God’s love. There is no price tag on it.” 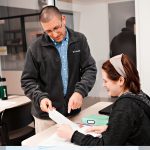 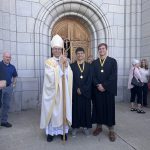