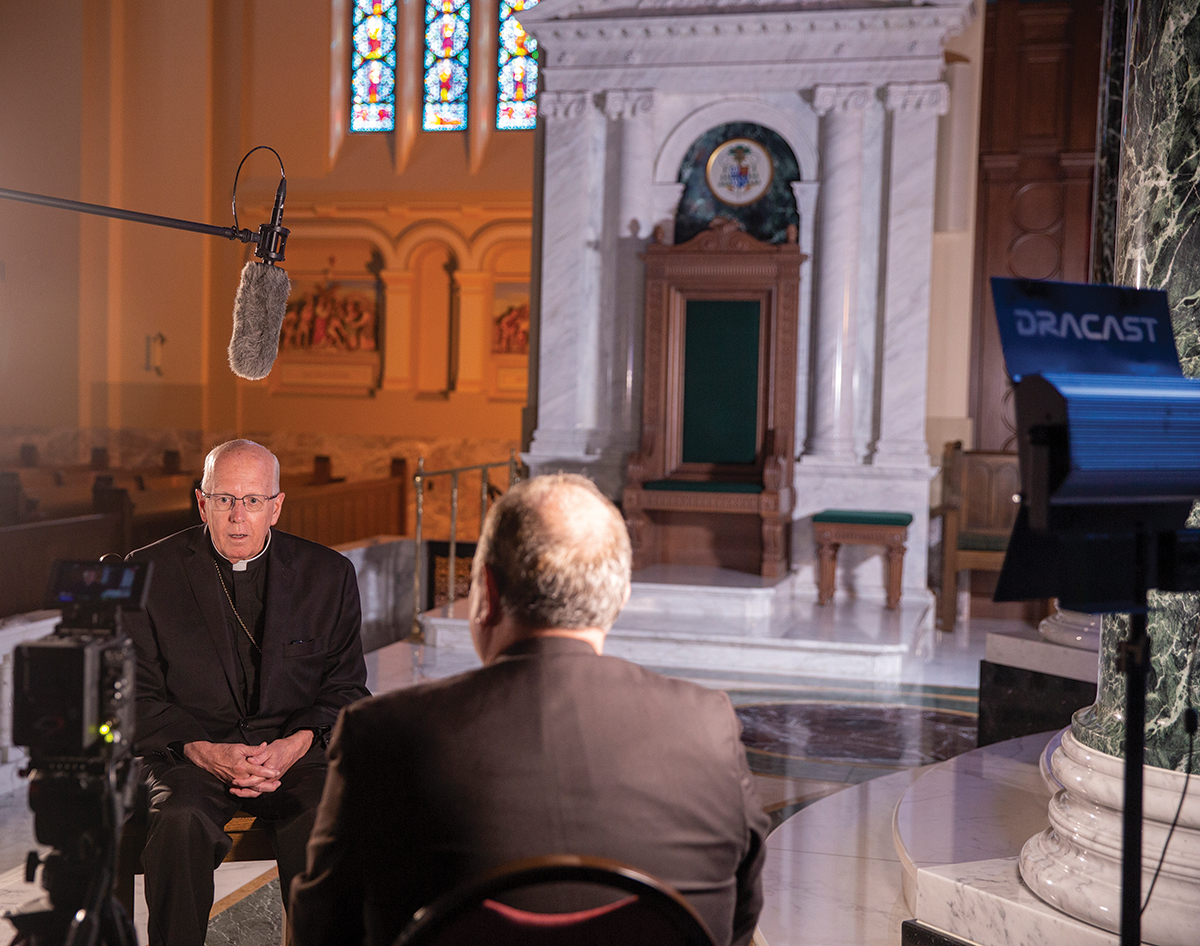 How well do you know your bishop? He’s not someone you see around very often unless someone is being confirmed, joining the church, or being ordained.

But every bishop has a back story. Every bishop is just a man chosen to walk in the footsteps of the apostles, and a media group out of Brooklyn, New York, wants to have a conversation with today’s apostles.

DeSales Media Group is traveling to dioceses across the U.S. interviewing bishops for a series called “The Chair,” 22-minute videos that tell the story of the Catholic Church in America and each bishop’s story of his cathedral, his community, and the future of that community.

Series host Monsignor Kieren Harrington, executive producer Jack St. Martin and their crew visited the Diocese of Sioux Falls in September to interview and film Bishop Paul Swain in the Cathedral of Saint Joseph. They spent about an hour talking with the bishop about his conversion, his time as bishop and the community.

The New Yorkers couldn’t help but be impressed with what they saw here. Monsignor Harrington noticed the Cathedral spires as he was driving from the airport to his destination. And he was wowed when he walked into the Cathedral, noticing how its beauty connects us to Christ.

“In Catholic churches, there is a great deal of activity taking place because this is where the community gathers,” Monsignor Harrington said. “When you have something which is beautiful, it elevates the soul.”

The nature of the series is about how faith has grown historically in each diocese from the perspective of the shepherd. It will be run first locally in the diocese where it was filmed; then it will move to both secular and Catholic media distribution over time.

Monsignor Harrington hopes it will reach Catholics who may have been away from the Church as well as non-Catholics who are interested in faith.

He also hopes practicing Catholics will watch and see something that makes them proud. Ultimately, the goal is to reach everybody.

The series will be in production for approximately a year.