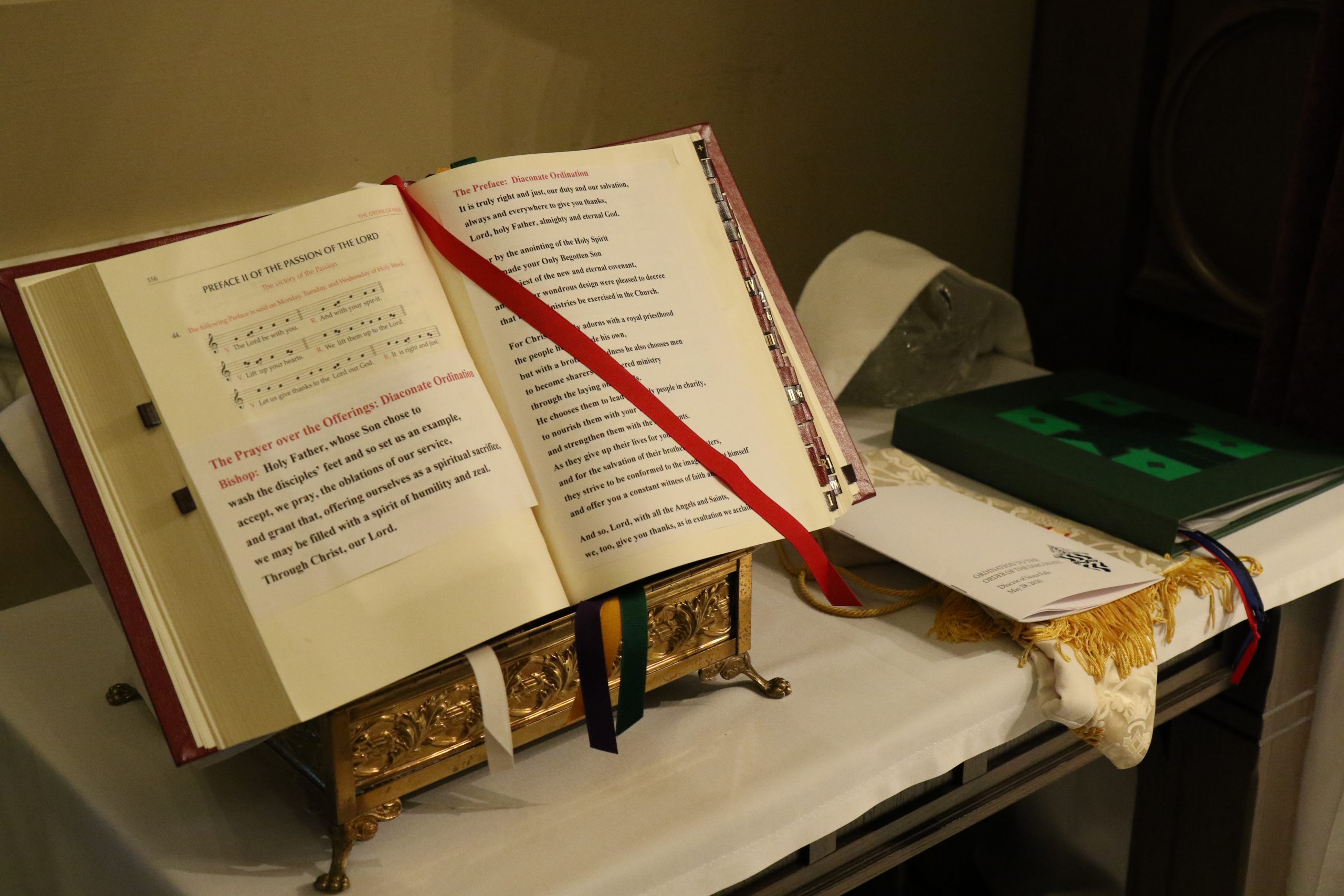 Life seems unfair in the way we try to make teenagers decide on their life’s work or career after high school when the human brain does not even fully develop until the mid-20s. By that time, college degrees, or even graduate school, could very well be complete, cementing a path of one’s life for a number of years to come.

As Catholics, choosing one’s vocation to be married or to give oneself to God in religious life or priesthood is something heard at Mass or during catechesis regularly. We are called to pray for our youth who are discerning their future by seeking the Holy Spirit’s guidance and to hope our children are open to hearing the Lord knock on the doors of their hearts and minds.

How do you know when the Holy Spirit is talking to you personally, calling you to marry and have a family, or devote oneself to him through a life of ordained ministry or religious life? According to Deacon Pat Derrington, St. Nicholas Parish in Tea, the key is through prayer and having a spiritual director to help ease the confusion of discernment.

“The single biggest thing that has helped me in my spiritual journey is having a good spiritual director,” Deacon Pat said. “Don’t discount the nudging or the sense you get; a spiritual director will help tease that out of you to see where the call is from. Is it really the Holy Spirit calling you or are you thinking … is this just me?”

Deacon Pat’s journey began when he felt the call to be a priest and entered the seminary at age 19 as a sophomore in college. In less than a year, he realized maybe the priesthood was not his true calling.

“I was pre-med at the University of Tennessee at Martin and was vacillating between medical school and staying in ROTC,” Deacon Pat said. “I decided to go into the seminary for all the wrong reasons, it was all about me. I never spoke to anyone at the diocese, I just went in without a lot of discernment.”

Like many teenagers, Deacon Pat had many opportunities available to him and made a decision to change his own path without seeking assistance from those around him. He tells the story of meeting a young man visiting home one weekend who was a friend of his former pastor and teacher. This young man discussed his time and experiences in the seminary, a discussion that gave Deacon Pat the idea he should also become a priest. That was the extent of his discernment.

“I was surrounded by some really good guys,” he said. “I was really blessed with my roommate and the two seminarians next to my room, but there was a real uneasiness. I was not interested in philosophy; I was a chemistry major. I wanted to do anything but study philosophy. I knew in my heart that it wasn’t right for me.”

Although Deacon Pat describes experiencing some spiritual turmoil, he also credits his deep faith keeping him close to God and the Church even as he discerned out of the priesthood. He maintained his involvement in religious affairs groups on campus at St. Ambrose and participated in religious conferences throughout the region, meeting his future wife, Jane, at one Catholic conference.

Pat and Jane married; he graduated from college and joined the Air Force as an officer and they started a family. Life that was going one way before the age of 20 looked much different by the age of 30. Deacon Pat describes an ebb and flow of his spirituality, culminating in a renewal of his faith in Christ through a prayer group led by friends of Jane. Almost a decade later, he began to hear another call from the Holy Spirit.

“The calling was different the second time, more of a gentleness,” Deacon Pat said. “People I would be interacting with in the parish would make comments about me becoming a deacon. Then,
I remember during Sunday Mass, a deacon friend was giving his homily and the voice was loud and clear telling me to act on it.”

What may have been a gentle nudge earlier that kept Deacon Pat thinking about the diaconate, now became a strong voice in his heart to truly discern his formation. After his ordination in 2009, Pat says his favorite part of being a deacon is experiencing the joy of the liturgy and being able to assist at Mass and give the Eucharist to other parishioners. But, he also loves the servant aspect, which we all share in as baptized Catholics.

“It’s given me an opportunity to be transformed into more of a servant than just a practicing Catholic,” Deacon Pat said. “I love working with people and, in our interactions, where I can bring the love I feel with my relationship with Christ to others.”

Are you feeling a nudge or gentle call to become a deacon? Do you have a servant’s heart and want to share your love of Christ with others by serving your parish?

Discuss this call with your local priest or deacon. The Lord is knocking at the door of your heart to serve him. Pray for the courage to open the door and say yes.

Q & A with Father Nick Haiar 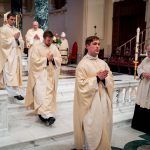 Q & A with Father Nick Haiar 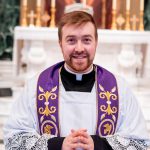