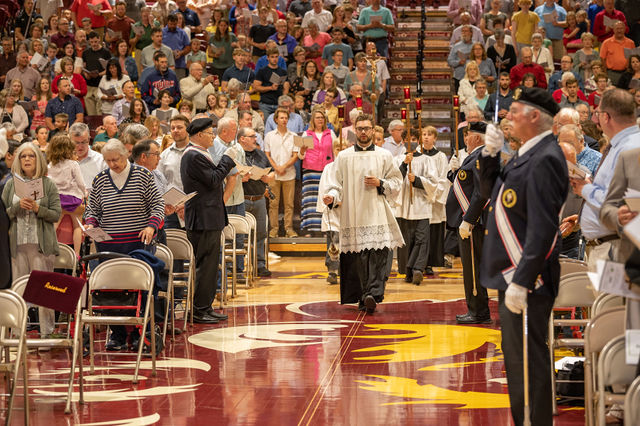 What happens when two parishes in a historically divided community come together with other Catholic organizations? Gratitude, Sunday worship, cooperation and a spirit of faith and unity.

The One Vine, Many Branches event, which brought an estimated 1,400 people together, was held at the Barnett Center at Northern State University in Aberdeen on Pentecost Sunday, June 5. It was organized to bring area Catholics together in a spirit of gratitude and to foster greater collaboration among Catholic entities in the Aberdeen area.

The event included an all-area Mass, the Knights of Columbus serving pancakes to roughly 800 people, and hundreds of volunteers making the day happen. And one priest, Father Michael Griffin, who grew up in Aberdeen, was thrilled to look over the large crowd and see community members who gathered for the uniting event.

“It exceeded my wildest imagining of what that Mass would be,” Father Griffin said. “There is absolute gratitude in my heart for what the team did. They were just fantastic.”

“I see initiatives like this as ways for us to begin to accelerate that cultural change that needs to happen in our parish cultures,” he said. “I think in many ways, our parish cultures have been focused in on themselves and not with any ill will, but just like many things in life, you can get focused on things and forget about other things.”

Focus in one area that can lead to forgetfulness elsewhere might be too much time devoted to a job, where someone then fails to give adequate time to family members. Another example could be emphasizing one’s health to the point where that person’s prayer life is neglected.

Father Dickinson is especially looking forward to a balanced approach toward mission that pays attention to organizational work, but is sensitive to the needs of the larger body of Christ.

“To me, what’s exciting about this is the opportunity for us to turn our eyes outwards,” he said.

The idea for this initiative began before Father Dickinson became pastor of Sacred Heart in July 2020 and St. Mary in July 2021. It is based on John 15:5, where Jesus says, “I am the vine, you are the branches. Whoever remains in me and I in him will bear much fruit, because without me you can do nothing.”

Early efforts began when Father Griffin was pastor at St. Mary Parish and Father Mark Lichter was pastor at Sacred Heart Parish. Both men became pastors in Aberdeen at the same time, and they made it a habit to get together on Friday mornings for breakfast or coffee.

“We committed ourselves, right from the start, to working together as collaboratively as possible,” Father Griffin said. “Our intention and our desire was that we would always speak from the same page.”

Their original idea of one Mass for the entire Aberdeen community was less about overcoming divisions and more about inspiring a greater understanding of what could be accomplished. Father Griffin mentioned the leading role of the Church throughout Aberdeen’s history in areas such as health care, education and outreach to those in need.

“The Catholic Church in Aberdeen was transformational,” Father Griffin said. “And we can still be that.”

Local organizational leaders have also been working for years on opening lines of communication and discussing areas of common objectives.

“You have to have a culture of collaboration so that you can start utilizing your resources of prayer, action and even financial resources as efficiently and effectively as you can,” said David Vetch, executive director of the Aberdeen Catholic Foundation.

In time, David expects more shared opportunities among organizations and a transparent vision for ministry and evangelization in the Aberdeen area.

“Our people will be energized around a vision that builds not only our Aberdeen faith community, but even the Aberdeen community itself,” David said. “We’re going to have opportunities to continue to build that outreach in our community.”

Future outreach may focus on addressing food insecurity, mental health concerns, the needs of veterans, and others. At the parish level, brick and mortar updates and expanded ministries to meet future needs are anticipated discussion topics.

Laurie Campbell played a major role in successfully organizing the One Vine, Many Branches event. She’s an Aberdeen Catholic Foundation Board member and previously worked in the Aberdeen Catholic School System as a teacher and then as an official in the foundation office.

Her background in event planning and familiarity with other people preparing for the event made Laurie a wise choice for the effort.

“I gained so much from doing it,” she said, noting that she coordinated with 267 volunteers in various capacities. “I got to meet a lot of people that I normally would not have met, kind of for a common purpose.”

And if a similar all-area Mass like One Vine, Many Branches takes place in the future, the team is prepared.

“I know a lot about this event,” Laurie said. “I’ve got page after page of notes.”

Amid the reality of declining numbers of practicing Catholics and the increasing hostility in our culture toward religion, the One Vine, Many Branches event was a bright light on the horizon for a glorious new dawn in our diocese. It shows us that expanding beyond our parishes and towns and unifying as Catholics to ensure the Catholic faith will be stronger for generations to come is the bright future that awaits us, should we choose to rise to the challenge.

Will you rise to the challenge of unity? Add it to your prayers and see where the Holy Spirit takes us. 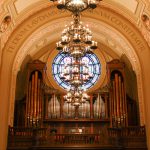 January 31, 2023
Let the Lord lead: Building a business with faith 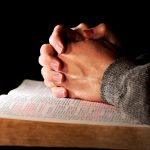 Let the Lord lead: Building a business with faith