Consider how we view Pentecost and Memorial Day 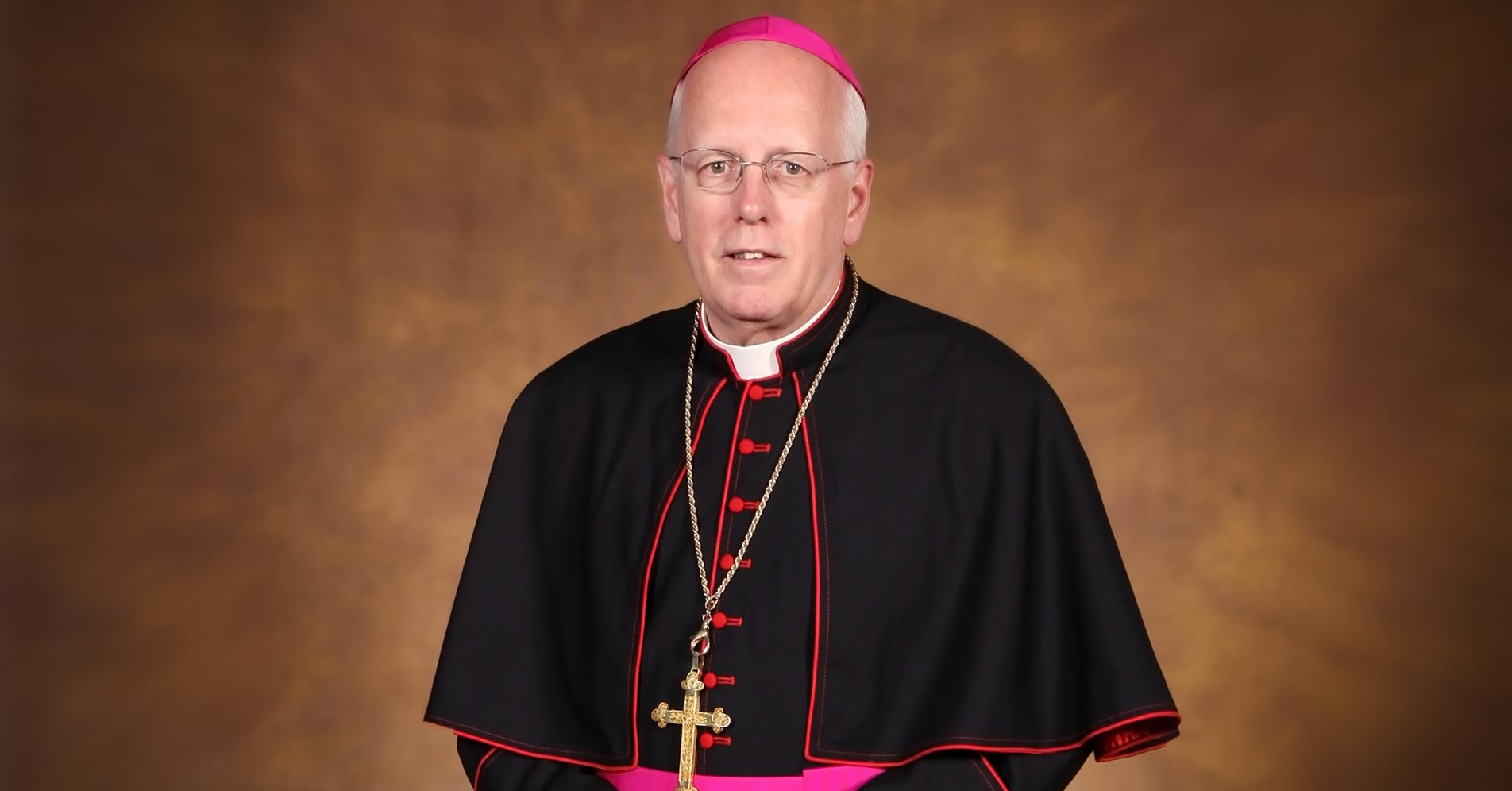 Two significant commemorations occur in May this year, one a holy day, Pentecost on May 20, and one a holiday, Memorial Day on May 28.

When I was in seminary I had the privilege of visiting the Holy Land and celebrating Pentecost in Jerusalem. It was a bright and sunny day. We were in the Upper Room, the site of where the Apostles, the Blessed Mother and likely others were gathered when the Holy Spirit came upon them. The room was undergoing some restoration and was in part open to the sky. While praying, suddenly we heard a fluttering noise, and through the open ceiling two white…pigeons…flew in.

Pentecost has been described as the birthday of the Church. Empowered by the Holy Spirit the ministry and mission of Christ continues in the Church he instituted.

Ours is a living Church because ours is a living God. And so the celebration of Pentecost is not simply recalling an historic event to commemorate. It continues. We do not need to be on site in Jerusalem to receive Him, which we do at baptism, strengthened at confirmation. He is in fact with us each day empowering us to a deeper personal relationship with Jesus Christ. Without humbly welcoming the Spirit we are only observers; when we humbly do welcome the Spirit we can become witnesses and evangelizers by living as best we can holy lives as Christ teaches us.

Before receiving the Spirit the disciples were huddled in a room in fear and worry. After receiving the Spirit they were transformed into living witnesses of the truth of the Risen Lord. The Peter who denied Jesus three times and who disappeared during the Passion once empowered by the Spirit became a courageous and articulate witness of the truth of the Gospel and our first Pope. Thomas who doubted became an evangelist to the ends of the earth. As did the others, most to martyrdom.

We all need the gifts of the Holy Spirit – wisdom and understanding, right judgment and fortitude, knowledge and reverence, and fear of the Lord, awe and wonder in God’s presence. We are stronger when in the midst of the secular assault on faith and family we take advantage of these treasures.

But we must choose to use them. Otherwise the Spirit is just a holy power source wasted and we become less than we can be and are called to be.

Let us pray: Come Holy Spirit, fill the hearts of your people. Kindle in me the fire of your love.

As I get older I get more sentimental. Memorial Day has special meaning to me.

Growing up in the 1950s Memorial Day was a community experience. For kids it was the beginning of summer, even though school continued for a few more weeks. On that day everything stopped, stores were closed; the first parade of the year drew us all to Main street. Veterans marched proudly if without precision to the grateful applause of those gathered along the route. We don’t do that so much anymore; but we should.

On Memorial Day we should remember individuals by name who touched our lives, loved ones come and gone. We should also remember the unnamed ones who defended our freedoms and in whose debt we live. And we should remember in a deeper way the gift of the Father’s Son who overcame death forever and in whom is our hope and joy. Despite the horrors of war and death, wounds and separation, as Christians we remain people of hope.

I will recall once again this year World War I, a century ago, in which my grandfather served, said to be the war to end all wars. Sadly it was not. I will recall World War II in which my father served, called the last Great War. Sadly it was not either. Korea was labeled just a conflict but it was just as deadly. Vietnam in which I served lasted over a decade, the experience of which changed me forever and is one of the great influences in my spiritual journey to Christ’s Church.

These were followed by the Gulf War, the wars in Iraq, and Afghanistan which lasting more than a decade continue, and a variety of other skirmishes in between and after though not always adequately acknowledged.

We ought to remember the brave men and women mostly unknown to us who fought them, some of whom died, and the many others who have suffered physically and psychologically as a result of them. We need to caution our political leaders to not cavalierly risk the lives of others for short term political purposes.

Military forces are talked about in numbers and units and commands, but military forces are made up of individual people, trying to do their duty, with their own dreams and hopes. I personally can recall the enthusiasm and idealism when we took the oath. I can also recall the fear and the loneliness.

Casualties from war are not only on the battlefield. They are the mothers and fathers, the wives and husbands, the children who first worried about a loved one and yet carried on and who, in their own ways, served by separation. The image of the Sorrowful Mary at the foot of the cross, holding her Son, a woman of faith, can console those who feel the loss so many have experienced.

The world is dealing with the same issues today which have plagued it since the Fall: how can people live in peace and mutual respect with one another. Like generations before us we have yet to learn the way. And so more young men and women, and some not so young, are called to duty at home and abroad and placed in harm’s way.

Was and is their effort worth it when war and violence continue; when disrespect for life in the womb, in later years, and in between often in subtle ways continues? Was the death of Christ on the cross worth it though unfathomable to so many? What the brave servants we remember on Memorial Day have gifted us with is a little more time to discover that our only hope for peace with one another and within ourselves is in Jesus Christ.

When we look up for guidance rather than down in judgment of one another we will find that peace.

Eternal rest grant unto to them O Lord. Jesus forgive me a sinner.