Thank you to all who attended LEGACY! For those who were not able to attend, or for those who want to relive the memories, you can find photos, audio clips and videos on this site.

Our craft beer tasting event was so popular, we decided to do it again!Â If you are looking for Legacy: A Beer and Experience, follow the link.

We had a lot of fun with the #Legacy125! Check out some of the tweets from both attendees and our guest speakers. 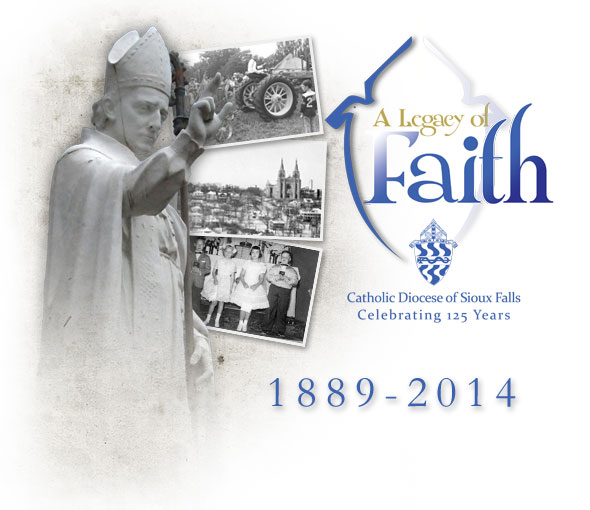 Catholics have lived in what was to become the Diocese of Sioux Falls dating back to the early French explorers. Next, missionaries, including eventual bishop, Martin Marty, came to serve the Native American and early settler population.

Through spiritual and sacramental outreach in parishes and schools across eastern South Dakota, and a commitment to service, the Diocese of Sioux Falls has brought the Gospel to all.

Grateful for the past, celebrating today and sharing our faith into the future, we celebrate a Legacy of Faith â€“ 125 years. 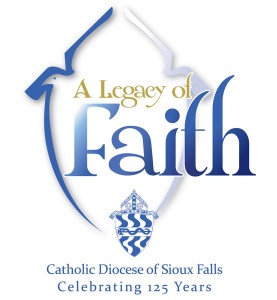 Almighty God, we the people of the Catholic Diocese of Sioux Falls, as we joyfully commemorate 125 years as a diocese, thank you for the gift of life and for the gift of the one, holy, catholic and apostolic Church.

We thank you especially for those who have gone before, lay men and women, clergy and consecrated, native and immigrant, who with courage and sacrifice built and sustained the Church on the prairie and who bequeathed to us an inspiring Legacy of Faith in Jesus Christ as Lord and Savior.

We pledge to honor them by being good stewards of this Legacy and with similar courage and sacrifice through witness and word pass on to future generations the call of Christ to follow him through His Church.

We ask Mary our Mother and St. Joseph our patron to care for and protect our diocese today and in the years to come.

We pray this in the name of Jesus Christ our Lord.