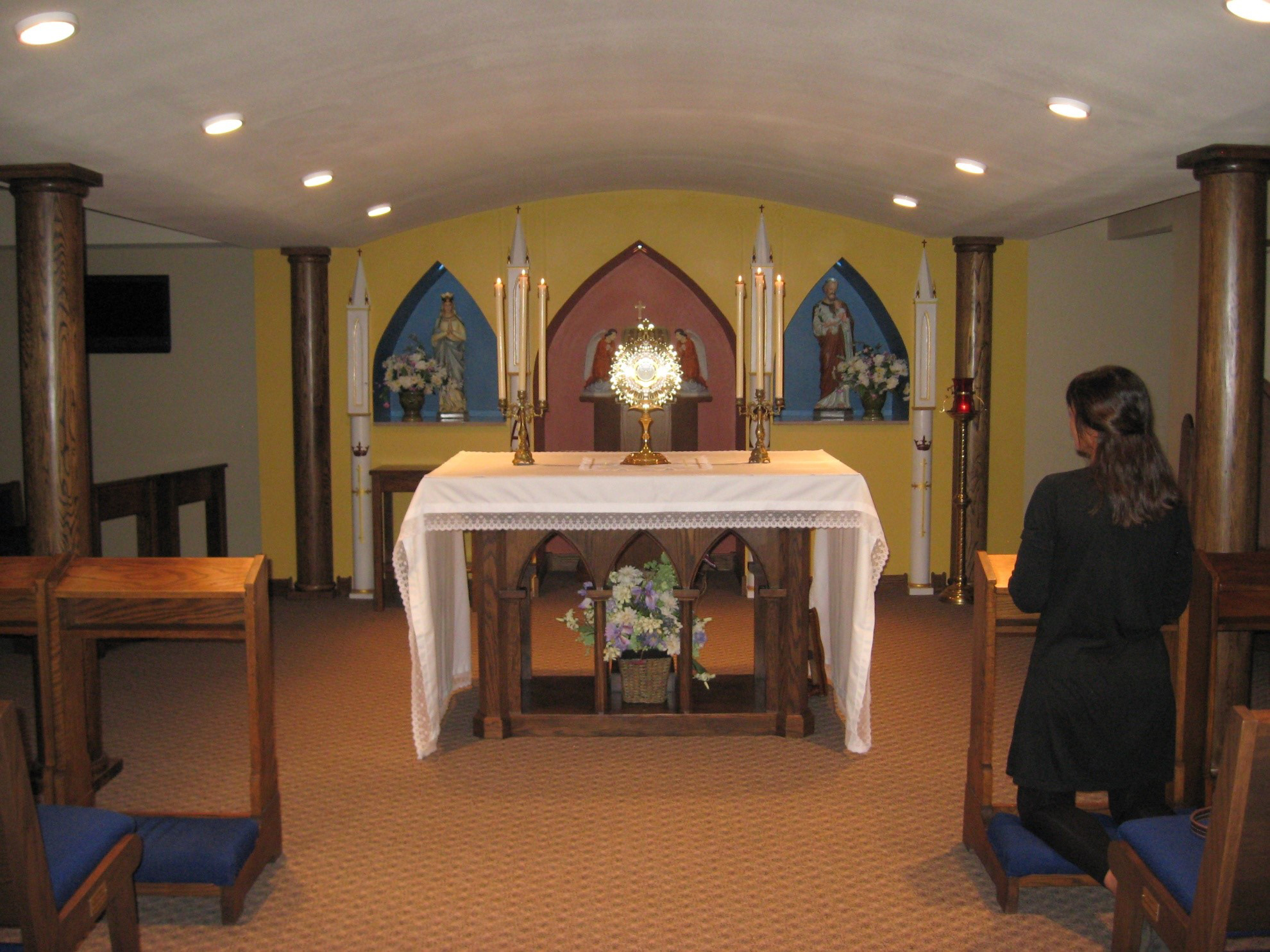 Groups of women around the Diocese of Sioux Falls are gathering spiritually to encircle their pastors in seven hours of daily prayer (one hour per day) before the Blessed Sacrament each week.

The Seven Sisters Apostolate began in Minneapolis when “in 2010 Janette Howe sensed a nudge to pray more frequently and intentionally for her pastor … rector of the Cathedral of St. Paul in St. Paul, Minnesota,” according to the organization’s website. “During a walk one day, it occurred to Janette that the very least she might do in gratitude for Father’s ever-generous pastoral care would be to offer a Holy Hour once a week for him.”

Howe began to offer a weekly Holy Hour for her pastor that summer. While praying, she heard the words “seven sisters.” Initially thinking she’d misheard the prompting, “she reached into her purse for the Chaplet of the Seven Sorrows [and] more clearly heard, ‘seven sisters.’”

Over time, Howe sensed the Lord asking her to invite six others to offer a Holy Hour each week for her pastor. And so the first Seven Sisters Apostolate was formed. Today, more than 1,350 groups of Seven Sisters pray for their local pastors in parishes, chanceries, seminaries, hospitals and other locations around the world, with 10, including Bishop Donald DeGrood, enveloped in prayer in our diocese.

How does it work?

Each group is led by an anchoress, who makes a two-year commitment to lead the six other prayers, who each commit to 52 weeks of prayer.

“They are covered in prayer every day of the week,” Amy Christenson, Bishop DeGrood’s anchoress, explained, adding that women enrolled in the apostolate are “one heart in prayer. … We just do whatever the Holy Spirit says to do during that hour, always inviting Mary into it.”

The Seven Sisters each pray separately before the Blessed Sacrament wherever they happen to be that day, saying whatever prayers they feel moved to say, plus any their pastor or bishop has requested. Bishop DeGrood’s group consists of three sets of Seven Sisters, one praying in the morning, one midday and one at night. Amy, the group’s anchoress, said she joined his apostolate when she learned of the need while working to form one for her own pastor.

Although there are no prescribed prayers for the women’s Holy Hours, many pray the Rosary, a Divine Mercy Chaplet and various other prayers suggested in literature provided by the mother organization.

“So many of the intercessors for Bishop DeGrood have told me that the time goes by so fast that they don’t even get through the prayers they intended to pray for him,” Amy said. “We feel we are the most blessed to answer the call from our Blessed Mother to sit at the feet of her Son, Jesus, Our Savior, and pray for her priest sons on earth. … [Many of the Seven Sisters have] said that they’ve gotten so many more blessings out of it than they think that they’ve given him. You really do, because God [said], ‘You take care of my Kingdom, and I’ll take care of you.’”

For Mary Parker and others in the apostolate praying for their pastor at St. Teresa of Calcutta in Dakota Dunes, the apostolate was an opportunity to come together spiritually during a time when many were physically distancing from one another.

“Everybody was looking for something to do because nobody was going anywhere,” she said, adding that “COVID did not affect us getting started, because we each pray separately” and social distancing is easy when praying alone in front of the Blessed Sacrament, but knowing they’re praying for the same purpose brought unity.

May is the apostolate’s official month of discernment, with commitments traditionally made in June, the month of the Sacred Heart of Jesus, but the Dakota Dunes group got their start in January, after some stirring in parishioners’ hearts in late 2020.

Mary, anchoress in her parish, said her participation has also gifted her with the opportunity to become more familiar with the challenges of the priesthood.

“[The priesthood is] not an easy vocation, and now it’s getting harder and harder,” she said, because of societal shifts away from traditional values and waning respect for clergy. “I have a deeper appreciation” of the priesthood as a result of involvement in the apostolate, and “now I look for more ways to be helpful. … Priests can be in pain or have bad days, too, and everyone overlooks their own, but … they hold [priests] to a higher standard.”

“I think people think that priests are self-sufficient because they pray about everything, but where’s the devil going to be? Going after the priests,” he said. “In the culture today, everybody likes to take pot shots at the priests. The devil is alive and well. … If you can take a priest down, you’ve taken 1,000 people down. … [Because of the apostolate, priests do not fight] alone. The devil can take on an individual soldier, but it’s hard to bring down a whole group.”

Coming from a family of eight siblings, five of them younger sisters, Father Vogel is used to the power of women’s prayers in his life.

“I know the power of family prayer, and this is another level of family prayer,” he said. “There’s a big difference between people around the world praying for me versus people in the pew who know me—that Holy Hour is like gold.”

Father Vogel, who also pastors the parishes in Elk Point and Jefferson, was thrilled to hear that the mission his sister (Amy Christenson) is leading for Bishop DeGrood had extended to his parish and his own priesthood.

“Lots of people say, ‘Father we’re praying for you,’ but … this is very intentional, and they do a Holy Hour in front of the Blessed Sacrament every week. That’s a whole different level of commitment,” he said. “The people who are praying for me … know me and see me. That’s a whole other level of prayer, because they know the challenges of their local priest.”

Father Vogel said he can feel the women’s prayers making differences in his life.

“[When I’m] trying to make a decision to do something or discern this or that, I know for certain that this is right, or the voice of God is clearer, and there’s more certainty at different times,” he said. “I’d be a fool if I didn’t think that’s from people praying for me. That’s a gift of God that we all need.”

At St. Teresa of Calcutta, Father Vogel’s apostolate consists of daily Mass-goers, which adds an extra layer of specialness to their commitment to his priesthood.

“My first pastor … always said, ‘Take care of your daily Mass crowd, because they’ll take care of you,’” he said. “In my mind, the people who sign up for this are well-seasoned and know the bumps of life and most of these people know the inside of a priest’s life. … This is intentional prayer by women who know the Lord and are living the Gospel and know their priests are in the battle, but we are all in it together.”

All women are invited

When she first began looking for others to join in the apostolate, Mary said she turned to her local Catholic Daughters chapter and others attending daily Mass.

“I know that these people go to church and make other Holy Hours, too. They’re really devout people,” she said, but added that those interested in joining the apostolate don’t have to be perfect Catholics. “You just have to commit to doing this every week.”

Father Vogel said the apostolate is a natural extension of Bishop DeGrood’s vision for the diocese to Lifelong Catholic Missionary Discipleship Through God’s Love.

“It’s hard to be a priest, because we can be so isolated. [Bishop DeGrood’s] three favorite words are for priests to be healthy, happy and holy, and when I know I’m being supported, I’m more confident” and able to live out his own mission, Father Vogel said. He added that “this could not be done without the Blessed Mother leading it. … From the cross, Jesus said, ‘Behold your mother.’ … It makes sense that Mary was praying for us then and now these women are praying for us.”

Amy, who grew up praying the Rosary alongside Father Vogel and their grandmother, agreed, saying she did not find the other 20 women praying for Bishop DeGrood on her own.

“The Blessed Virgin Mary did it,” she said. “I would go to Mass and say, ‘Okay, Mary, who do you want?’ I would carry the pamphlet and a book that is helpful to give to people so that they understand it, and there she was at Mass.”

Along the way, no one approached by either Mary or Amy about involvement has declined the invitation, even after two members of Bishop DeGrood’s group had to be replaced upon their deaths.

“I think every priest” needs one, she said. “I just wish every priest could have … a group.”

Those interested in joining or forming an apostolate can research it at sevensistersapostolate.org.

A tale of two model cities 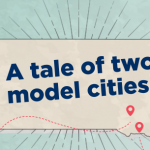 A tale of two model cities 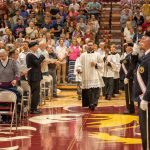