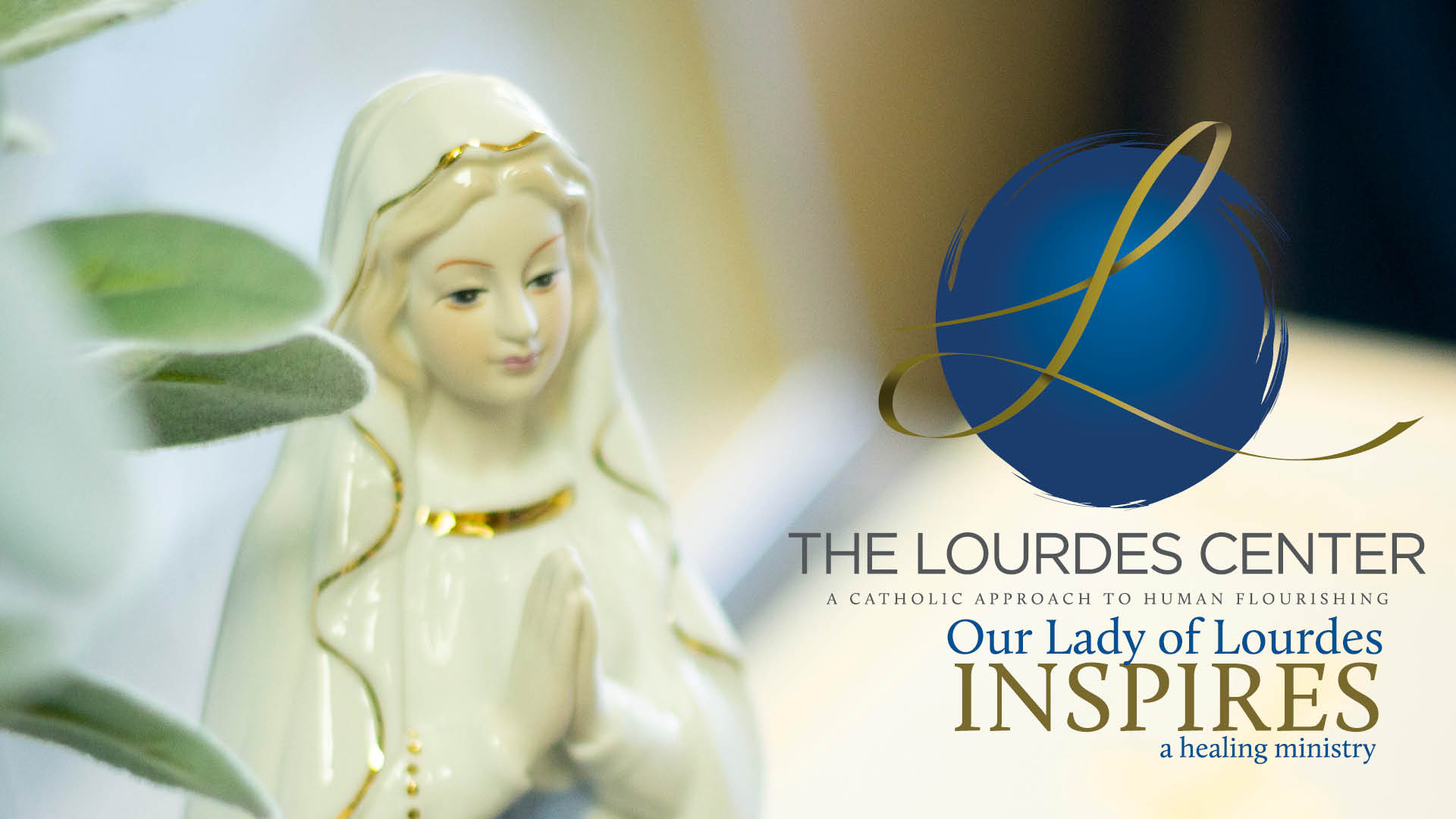 Executive Director Emily Leedom says the rich legacy of Catholic Family Services has always centered around supporting people on the journey of life, with a strong mental health presence and work in the adoption field. With such a wide variety of offerings, Emily noticed there was some confusion about who Catholic Family Services was and what the main mission was.
“When I came on in 2020, one of my key desires was to press upon the Lord for clarity regarding the direction he wanted to take us,” Emily said.
Board member and O’Gorman Junior High principal, Wade Charron, says the process of change has centered on honoring the legacy of Catholic Family Services (CFS) while also recognizing the needs of the day.

“The collaborative efforts between Emily and her team, along with our board, were an intentional and deliberative process,” Wade said. “We spent a great deal of time studying the history and overall mission of CFS in contemplating a possible change, and in doing so, all of us gained an even deeper appreciation of all the people who have made CFS what it is.”
One of the larger areas of discernment was the history of adoption at CFS. With the changing landscape of adoption over the last decade or so and changing social factors, like more mothers choosing to parent and the increase in grandparent support, Emily says the agency was doing fewer and fewer placements.

“Through an invitation to trust, we handed that over to the Lord and closed the program here by partnering with Catholic Social Services in Rapid City to expand the pool of potential placements, which for us opened up some space to continue to get clarity about who we are,” she said.

After prayer and discernment with Bishop DeGrood and the board that oversees CFS, Emily says going forward, The Lourdes Center is really focusing on supporting the people in the pews across the diocese with healing ministry, whether that’s one-on-one counseling, education, retreats or group programming.

“That’s the need that we’re seeing for people of faith who are on the journey of discipleship with Christ, but who need that additional support to tend to their humanity,” Emily said. 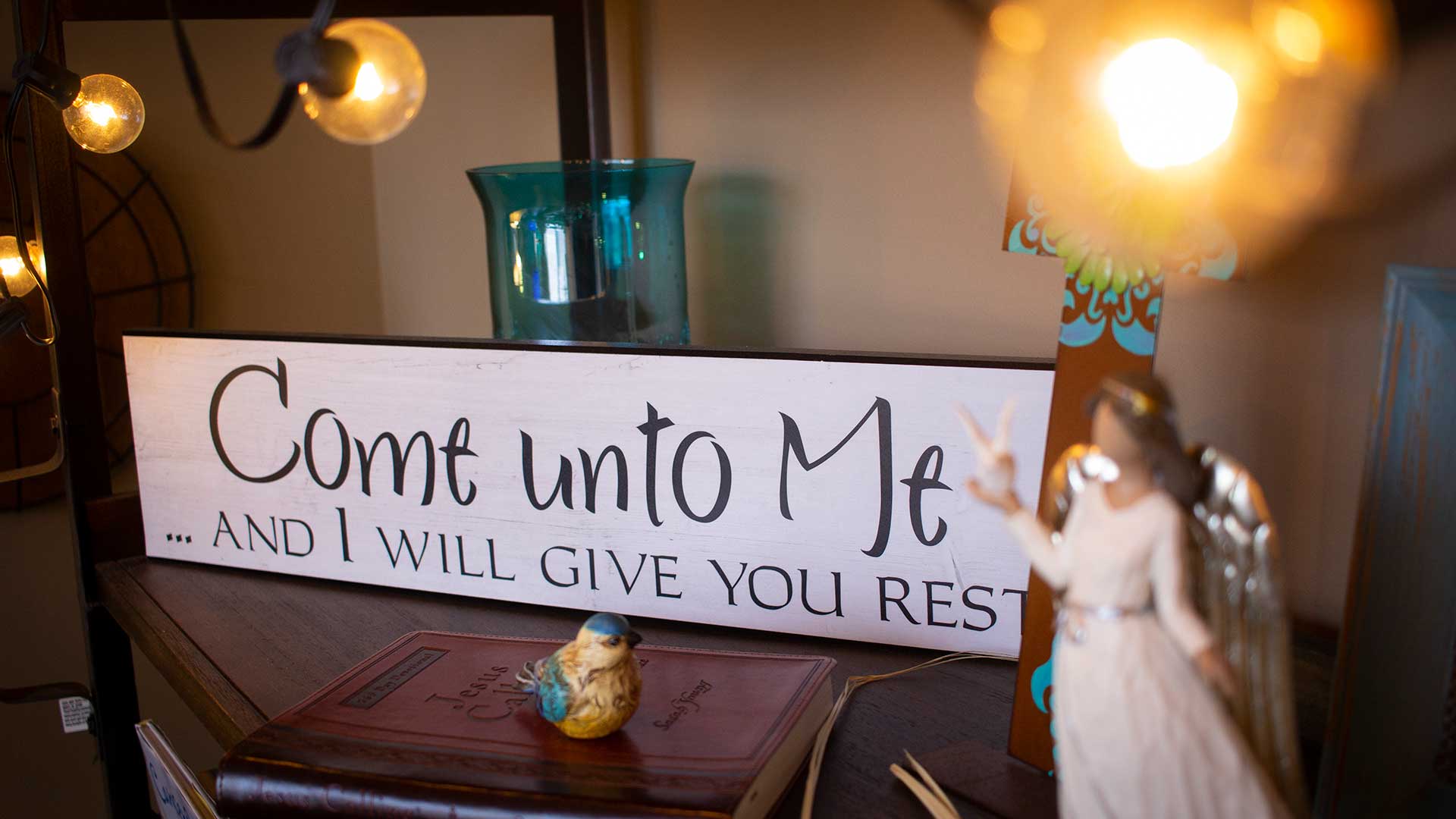 Board member Ashley Gentrup, an optometrist in Sioux Falls who has been on the board for six years, says the discernment process also included the arrival of Bishop DeGrood and his vision for the diocese of Lifelong Catholic Missionary Discipleship Through God’s Love.

“We began to reevaluate, ‘What is Catholic Family Services and how do we best honor and carry out this new mission of the diocese?’” Ashley said. “That prompted a pause to look at who we are, what we are, and what we need to do to better define that.”

Although this time in history is particular and unique to the human experience, Emily says the underlying needs of the human person have been consistent throughout history. Everyone can point to moments of rupture in the journey of life where there may be a need for healing of mind, body and spirit. The Lourdes Center focuses on that aspect of human formation and wellness.

“Our desire is to support the people in our pews in that area of human formation so that as they continue to journey as disciples, they can be effective bridges to Christ by tending to their humanity,” Emily said. “This means being healthy in mind, body and spirit.”

The modern experience of life filled with incessant busyness, a lack of silence, and constant distractibility is causing immense suffering in people, Emily says. Without engaging in the areas of difficulty or discomfort in us, she says we can become like a hamster on a wheel, constantly running but failing to become an integrated, whole person.

“Our desire at The Lourdes Center is to walk with people and be with them, to let them know that they’re not alone, that there’s nothing wrong with them, and to help accompany them to a restoration of peace,” Emily said.

In recalling the passage from the fifth chapter of John’s Gospel in which Jesus asks a man, “Do you want to be well?”, Emily says this profound question from Jesus is for all of us and leads us to ask, “What areas in my life are not well?”

Another critical question needs to be asked: “Why does emotional healing and human flourishing matter?” Jesus answers when he tells of his promise for life and life to the full.

“Healing and flourishing allows us to experience the unbelievable joy, the incredible adventure of life with Christ,” Emily said, “one that is most surely not without suffering, but one of immense joy.”

Oftentimes, people think of healing and services like counseling as something that’s only for those who are “really struggling,” Emily says. “We all have a journey and a story and broken places in our hearts that need tending to, and that’s what we do here.”

With the name change to The Lourdes Center, the agency hopes to highlight two critical aspects of its work and identity: richly Catholic and profoundly Marian. Emily says the Catholic identity means recognizing that the human person is created in the image and likeness of God, and that we are fallen and redeemed and fulfilled in our vocations.

“God uses the very makings of who we are to make himself known—his grace builds on our very nature,” Emily said. “So much of what we’re trying to do is educate and orient people and encourage them in their humanity.” 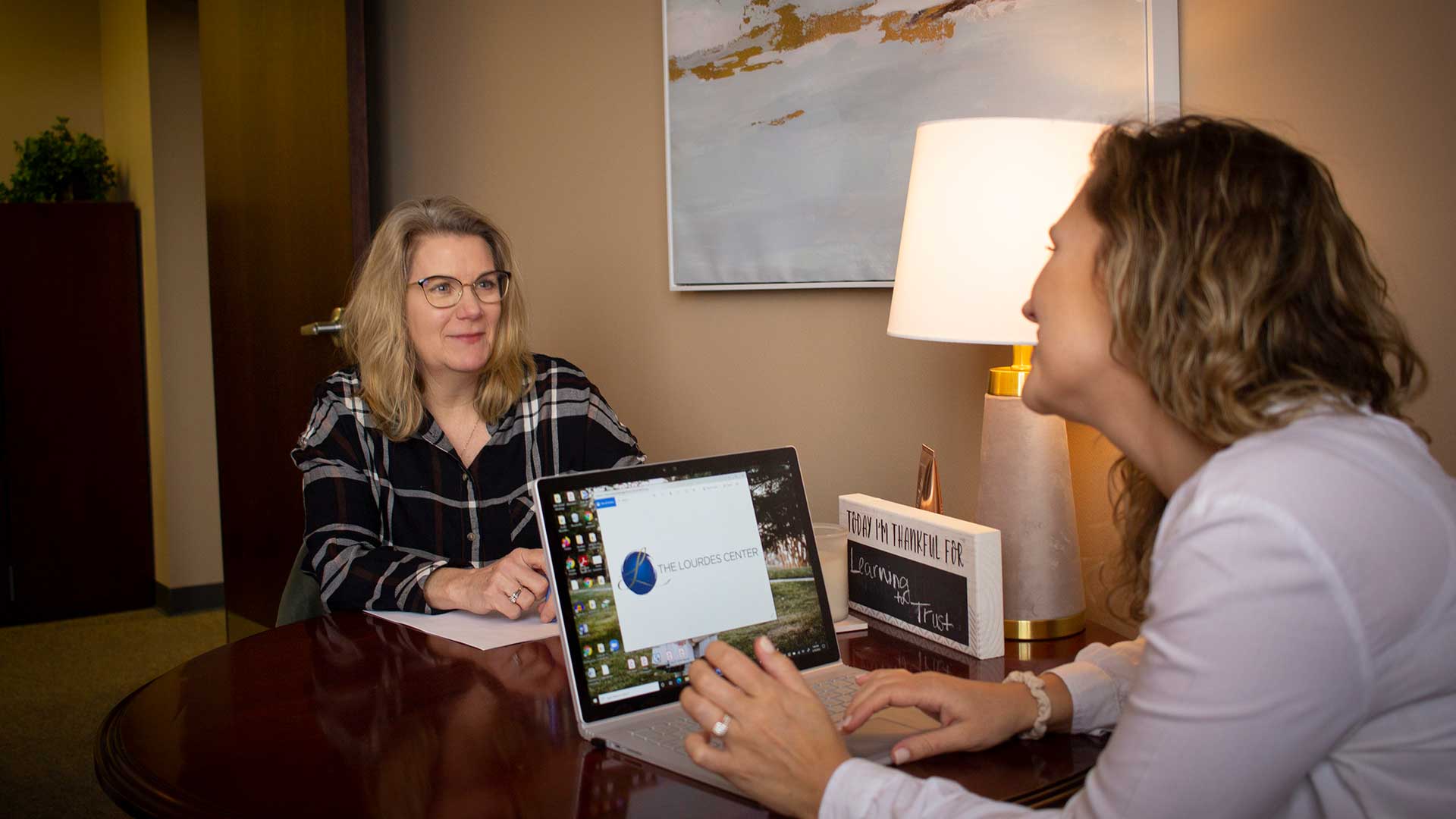 Ashley says the Catholic identity of The Lourdes Center is crucial to the mission. In the process of discernment over the past 18 months or so, she says hearing the stories of what people are dealing with and the healing they’ve received helped the board to really dig into the Catholic nature of the mission. While there are many agencies and even faith-based agencies across the diocese, Ashley says The Lourdes Center is set apart by its commitment to excellence in the integration of a Catholic vision of the human person with the psychological and social sciences.

“The Catholic identity really speaks to the spirit of the person, the soul of the person, in the healing process, in addition to the mind, the emotions, and their overall humanity,” she said.

In taking the name “Lourdes,” the agency is also harking to the story of Our Lady of Lourdes, in which our Blessed Mother appeared in France to a young girl, Saint Bernadette Soubirous, beginning on February 11, 1858. Over the course of several apparitions of Our Lady to Saint Bernadette, the Blessed Mother asked her to dig in the ground and revealed a clear spring of water that still flows to this day and has been attributed to many miraculous healings. Today, the grotto at Lourdes serves as the premier healing shrine in the world.

“When we’re hurting, we run to our mom,” Ashley said. “Having that ability to draw people into the arms of our Mother, who will then bring us closer to our Lord, is just absolutely beautiful.”

Wade echoes this and says the story of Lourdes is synonymous with hope and redemption, a particularly Catholic part of our story.

“We want The Lourdes Center, in both name and services, to be able to offer people in all walks of life the hope for healing,” he said.

Emily, Ashley and Wade hold great hope and excitement for the future of The Lourdes Center and for helping the people of the diocese receive from the services offered.

“Catholic Family Services has a really rich history of doing many different things for the Church,” Ashley said. “We wanted to get back to the root of that.”

Wade says so much prayer and effort has gone into this move to get The Lourdes Center’s services out to the entire community. With the exponential growth over the last two years, The Lourdes Center is continuing to grow its team across the diocese.

“It’s a service that has always been there but hasn’t always been known,” Wade said. “With a really keen eye on the vision and mission, I think more people will now be aware of it than ever before.”

Emily marvels in gratitude for the legacy of Catholic Family Services and stands in awe of what God is doing today at The Lourdes Center.

“A healthy society is made of healthy people and healthy families,” Emily says. “We’re aiming to change our little corner of the world by connecting the hearts of people to the tender, loving and healing hand of God in the service of human flourishing.”

One faith, one family: Ease administrative burdens to set the mission ablaze 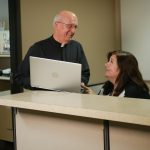 One faith, one family: Ease administrative burdens to set the mission ablaze 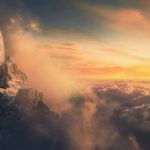