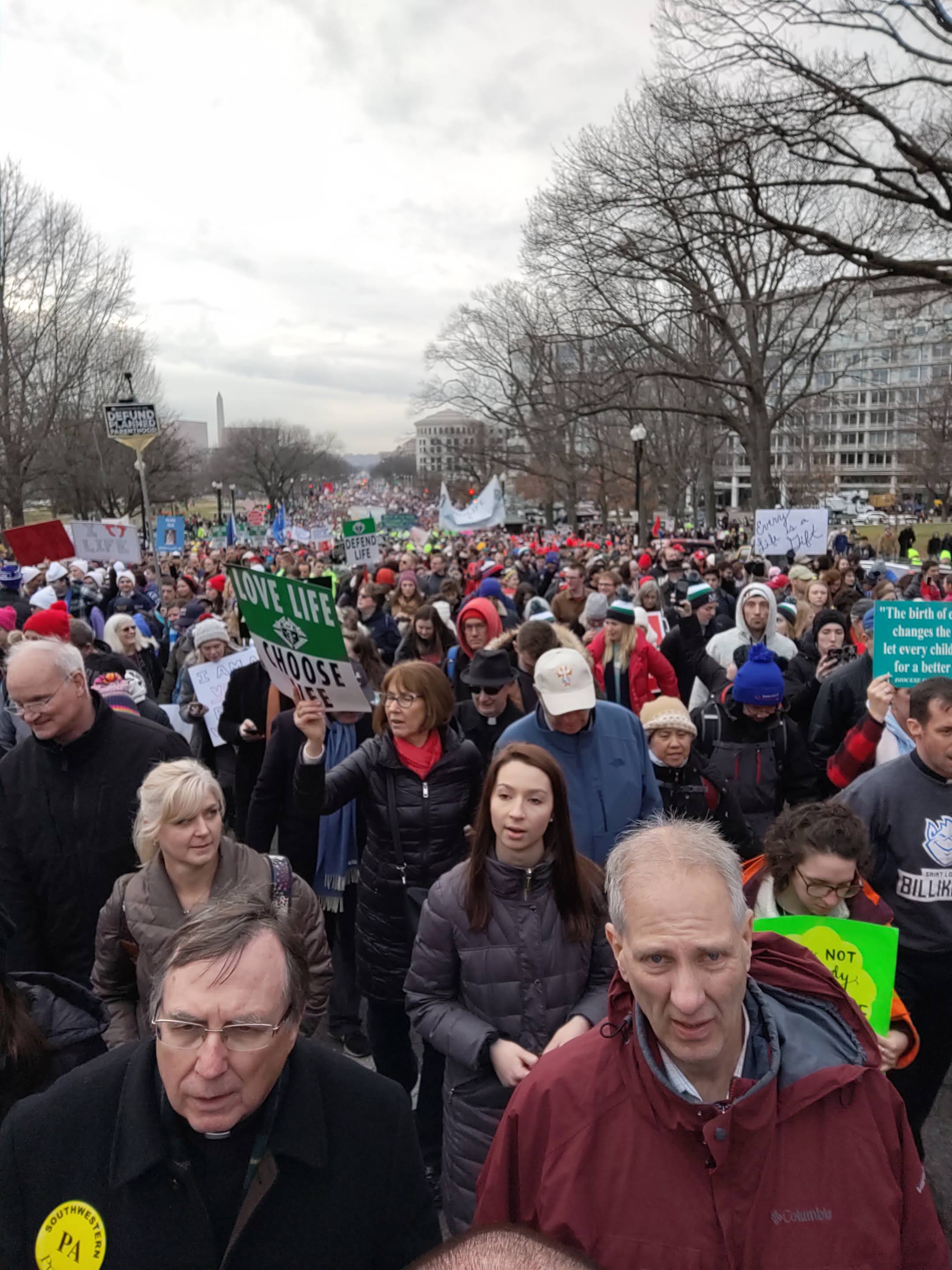 The 2020 March for Life in Washington D.C. attracted tens of thousands of marchers, including 69 youth and 31 adults from the Diocese of Sioux Falls, to voice opposition to abortion, euthanasia and other life issues.

Porter Walz, member of St. Joseph Parish in Wessington Springs, said the most powerful part of the event was the march down Constitution Avenue. He went to the march to be part of the conversation and bring attention to this critical topic.

“This isn’t some five-day retreat and you just go back home,” Walz said. “Everyone came to that march because they wanted the right thing for life, and we all came in unity.”

The march was impactful for Walz because he was able to stand with thousands of other people who are working toward the same goal.

“I went to the March for Life because I wanted to be part of something that needs to be talked about more,” he said. “We all need to bring attention to the fact that life should be cherished and accepted how it was naturally brought to be.”

Eric Gallagher, director of Youth Discipleship and Evangelization for the diocese, said the highlight for him was seeing the sheer number of people and the “joy and prayerful disposition through which they marched.”

“While there is much work to be done and lives at stake, this pilgrimage inspires me each year to entrust all of it to God first,” Gallagher said.