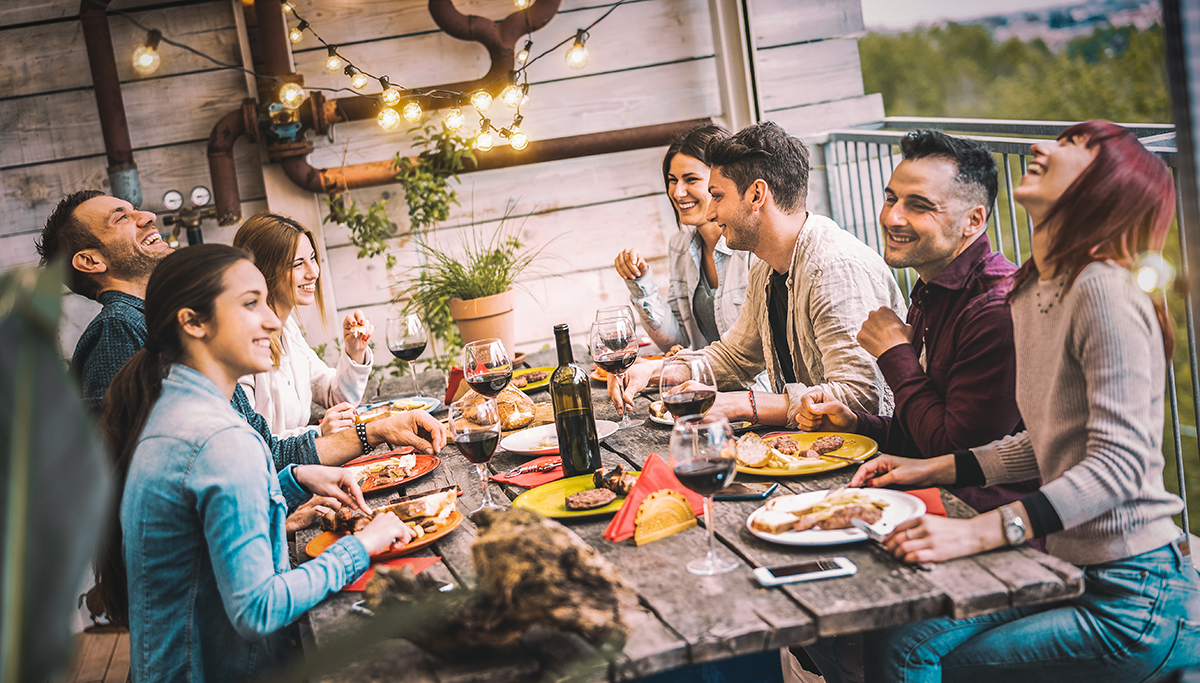 What happens when a FOCUS missionary, who has spent intense time walking with college students, returns home and settles into normal life? A beautiful rhythm of inviting people into their lives and the life of the Church blossoms into that thing we keep referring to as “missionary discipleship.”

And an invitation to follow Christ is offered to everyone they encounter.

FOCUS (Fellowship of Catholic University Students) is a global ministry that has taken college Catholic Newman Centers by storm over the last 20 years. With over 800 missionaries in 180 college campuses, FOCUS is growing rapidly and making a huge impact on not just the United States but the world. Among those 180 locations, four universities in South Dakota benefit from missionaries serving on their campuses.

Founded by Curtis Martin in 1998, the mission of FOCUS was simple: launch Catholic students into lifelong Catholic mission. The goal? Win students’ hearts over to Christ, build them up into disciples, and send them into the world to preach the Gospel. This incredibly powerful and beautiful concept has transformed many hearts of fallen away and devout Catholics alike.

When you speak to most missionaries, both current and alumni, they will tell you their hearts have been formed and changed just as much as those whom they were aiming to form. But what happens when Christ calls his missionaries into lifelong mission beyond FOCUS? No doubt there is an adjustment and identity shift when someone leaves an apostolate where everyone has the exact same goal in mind—get yourself and those around you to heaven. That goal is still the same, but it looks different when vocations, jobs, friends and locations change.

In the Diocese of Sioux Falls, there is a strong presence of FOCUS alumni: some grew up here and felt the desire to come home, others found themselves here for jobs, relationships, or just the love of the simplicity South Dakota offers. Whatever it may be, they are all doing different things and live their new mission in a unique and unrepeatable way.

Many FOCUS alumni say things they learned in their time as missionaries they now carry with them into their daily lives. Among those alumni are Sean and Rachael Turgeon, both Sioux Falls natives and O’Gorman High School graduates. While attending different universities (Sean at the University of South Dakota and Rachael at the University of Nebraska–Lincoln), they both met FOCUS missionaries, had profound experiences, and felt the Lord call them to serve as FOCUS missionaries themselves.

Rachael first served at Wayne State University in Nebraska, and a year later, upon Sean’s graduation from USD, the two married and served for two years at the University of Colorado in Boulder. After a fruitful two years, they discerned it was time for them to return home to Sioux Falls and raise their children near family and back in the state they loved. For them, life as alumni and being disciples of Christ points back to the parable of the paralytic being lowered into the house.

“That story summarizes how we’ve experienced discipleship. Through friendships that didn’t begin for an end goal,” Sean said.

“Since coming home, sometimes discipleship looks like small group bible studies or praying with our friends or family,” Rachael added. “Other times it’s inviting people into our home. It’s meant to be organic and real, and I can trust that if our hearts belong to Jesus, then every relationship we have will be a call to discipleship.”

It’s easy for a former FOCUS missionary to get caught up in all the tools and formalities that were used on campus meant to help and serve missionaries and students alike, but the reality of being off-campus is exactly like Rachael said—relationships are much more organic and frankly a bit slower than the speed that is operated on while on a college campus.

The Turgeons also have two young children whom they strive to help know and love Christ and the Church; in the words of Sean these are now their disciples. A mentor and friend of the Turgeon’s shared some advice with them right as they were about to welcome their first child and depart from the FOCUS staff.

“In the words of Mother Teresa, ‘If you want to change the world, go home and love your children,’” Sean said. This is exactly what the Turgeon’s have striven to do post FOCUS.

“Since I’ve come back home to Sioux Falls, the way I’ve hoped to live out discipleship is the long game where my children are experiencing a very real, lived-out relationship with Jesus within our home. I do really hope to change the world through my children,” Sean said.

Another South Dakota native and former FOCUS missionary, Krystal Goodale, is originally from Chester and attended South Dakota State University. She then served three years at Loras College in Dubuque, Iowa, as a missionary. Krystal originally wanted to leave FOCUS and continue on to do foreign mission work but felt a strong pull from God to return to Sioux Falls.

“Some of the best things I received from FOCUS were prayer life and team life,” Krystal said. “I learned to keep a commitment to prayer or else everything else just falls to the wayside, and team life taught me how to build community with whoever God placed in front of me.”

Something unique to FOCUS opposed to other ministries is that each campus is given a “team.” A team is usually two men and two women who work extremely close together to pray, lead and disciple the men and women on their specific campus.

“I’ve learned that the friends and co-workers who are placed in front of me right now, although not my team, are the people that have been placed closest to me in certain ways. It’s taught me to accept people where they are at, and that we were given to each other to walk together. It’s small, it’s on such a smaller scale,” Krystal said.

She spoke about her decision to come home and how she found herself praying often for the people of this diocese and the diocese in general. It happened so much she had to ask herself, “Why am I pouring so much time and energy into this place (Sioux Falls), but I don’t even live there?” She began to realize her desires were to be back here.

“Until you search out every corner of every place, there are always more people. There is always a possibility of Jesus putting a new person in front of you: a new soul, a new friend, another encounter,” Krystal said. “That exists in this diocese, that exists in Sioux Falls. It exists anywhere but I actually want to have those encounters at home. I want to pray for and intercede with people back home. It was really placed on my heart to the point where I was like ‘I don’t NOT want to do foreign missions and other things, but this is my invitation by God and this is what I want the most right now.”

A great gift from FOCUS is that it has taught many that we are here on this earth to encounter our neighbors, and not just our neighbors who think like us, pray like us or live like us, but to encounter the very person the Lord has placed before us.

The beauty of having so many alumni in the Sioux Falls diocese is not that they have the tools in the tool box to lead a bible study, form a small group, or fundraise money, but that in every one of their own unique and different ways they are taking their formation and applying it to their season of life while trying to invite others along with them.

Modern-day apostles: This mission is ours 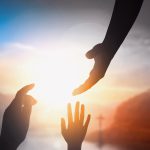 Modern-day apostles: This mission is ours