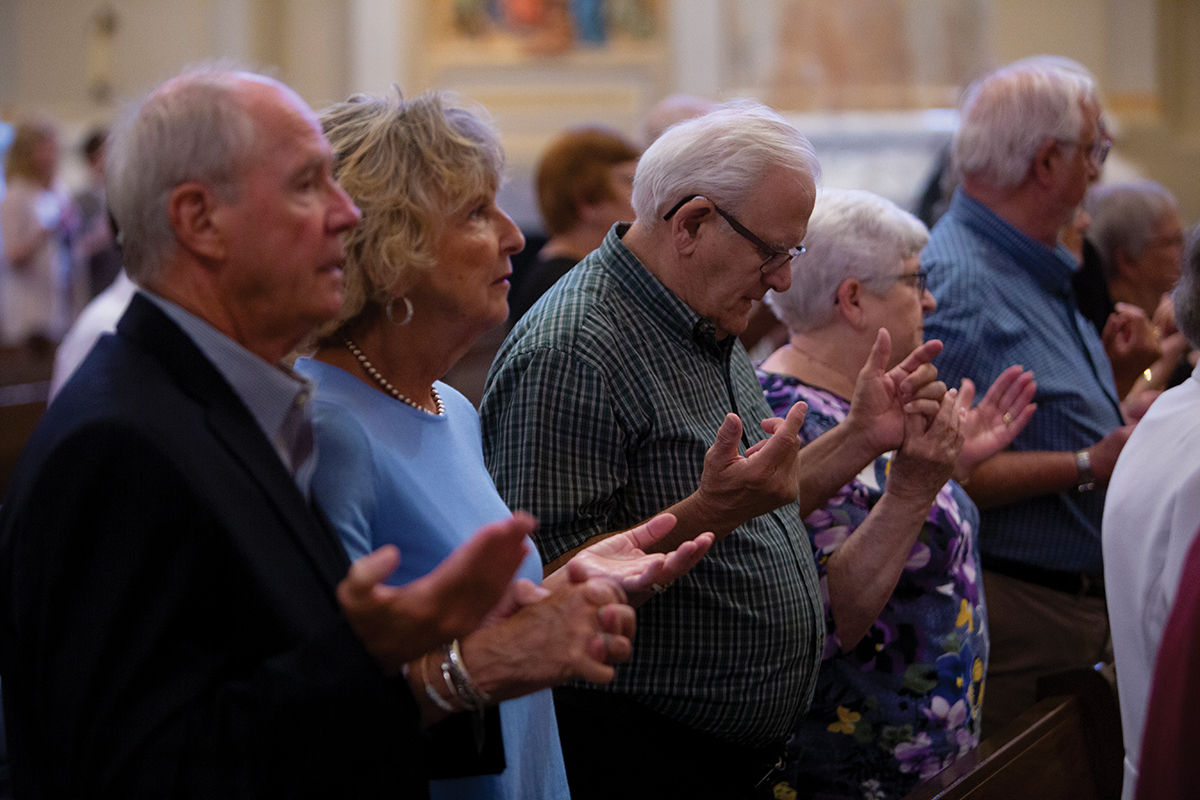 Bishop Paul J. Swain celebrated the first of two annual anniversary Masses to honor couples who have enjoyed the Sacrament of Marriage for 25 years or more. The Mass at the Cathedral of Saint Joseph in Sioux Falls was held August 18 and included a reception and the opportunity for photos with the bishop.

The Church holds the Sacrament of Marriage in high esteem because strong marriages build strong families that reflect the Trinity, which in turn creates a solid foundation on which to build the Church. Recognition of marriage in the Church shows other couples a good example of Christian love and sacrifice.

Emily Leedom, director of Marriage, Family and Respect Life for the diocese, has been inspired by what she has seen at these Masses.

“A few years ago I saw an elderly couple who had been married 73 years. The tenderness they had toward one another, helping one another when their frailty made it difficult to help themselves, changed the way I approach my husband,” Leedom said. “We all need witnesses of that kind of love.”

Marriage can be hard even for the happiest couples, but God is always involved and always ready to help.

“Marriage is messy and complicated,” Leedom said. “But marriage lived authentically is also deeply joyful, profound and transformative. We need to celebrate the joy of marriage lived well—as a beacon of hope in a world of confusion regarding love’s potential.”

The second anniversary Mass will be in Aberdeen Sept. 8 at 1:30 p.m. at Sacred Heart Parish.