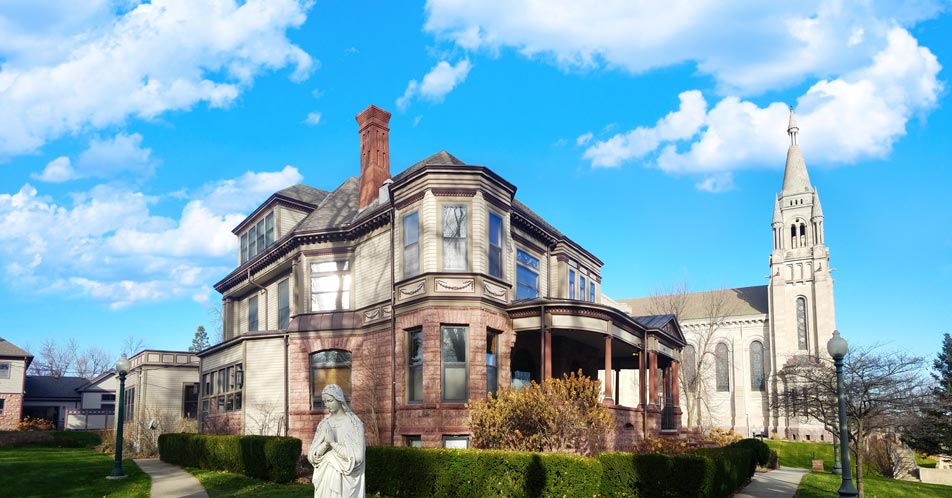 The Tuthill House, now referred to as the Bishop’s House, is a structure known for its beauty and majesty. John W. Tuthill, a native of Chenango County, New York, was the original owner. Engaged in the lumber trade, Mr. Tuthill moved with his wife, Jennie, and three sons to Sioux Falls in 1882. In 1888, John Tuthill commissioned
Wallace L. Dow to design a house, which would reflect Mr. Tuthill’s position as a lumber magnate.

Until the early 1920’s, the Tuthill family lived in the residence. The house then remained vacant until the Catholic Diocese of Sioux Falls purchased it in 1952 for $20,000.

From 1952 to 1990 the third floor served as a convent for Benedictine Sisters who served as domestic help for the Bishop.

The architecture is described as a “Queen Anne” design, which dominated American house architecture in the 1880’s and 1890’s. This style originated in Victorian England and is characterized by a tower or turret and its distinctive roof shape.

One of the principle attractions of this house is the various kinds of wood used in the different rooms and the hand crafted carvings.

Location of The Bishop’s House